The Ancient Churches of Pistoia

December 12, 2018
by webmaster@piramedia.it
in
Attractions 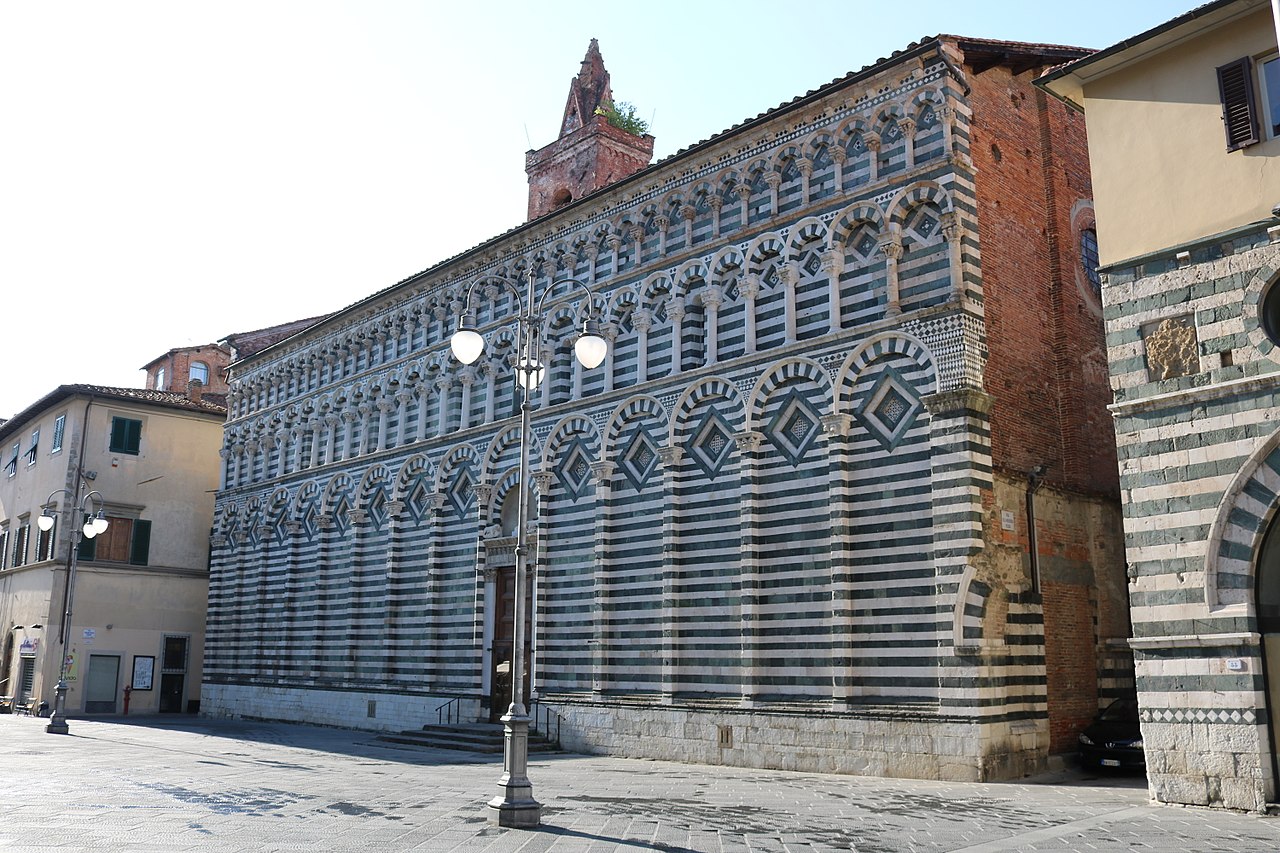 The Ancient Churches of Pistoia

Pistoia, founded in Roman times, Ghibelline medieval center allied with Pisa and Siena, is a beautiful city of art, rich in historical testimonies of great value.

During the Romanesque and Gothic ages it had its period of greatest development with regard to places of worship; a particular style is also recognized, inspired by the Pisan one, made up of contrasts between white stones and dark green stones.

The Church of San Giovanni Fuoricivitas

is an important Romanesque structure that is located in the center of the city and presents the typical decoration of white and green stones typical of the Romanesque style of Pistoia.

Inside there are ancient works of great value such as the marble stoup and a beautiful work by Luca Della Robbia.

In the Parish Church of Sant’Andrea,

a sixth century Pistoia church, there is the beautiful Pulpit by Giovanni Pisano, which depicts the stories of the life of Christ and a beautiful wooden crucifix.

Another very important place of worship is the Basilica della Madonna dell’Umiltà.

Built between the twelfth centuries and seventeenth on a project by Giuliano da Sangallo and with a dome of 1500, inspired by that of the cathedral of Florence, built by Giorgio Vasari.

The Church of San Bartolomeo in Pantano,

built in the Lombard period and renovated in 1159, between 1950 and 1960 was subjected to a radical restoration that brought to light the ancient paintings and the terracotta flooring. In fact, it presents the typical characteristics of early Christian basilicas: longitudinal plan, bare walls and small windows.

The Church of the Tau,

from the first half of the 1300s, contains one of the most beautiful and important fresco cycles of Pistoia depicting stories from the Old and New Testaments and from the life of Saint Anthony the Abbot.

Of great historical and artistic importance is also the

Church of the Holy Spirit,

built in 1600 by the commission of the Rospigliosi family and whose design of the altar was entrusted to Bernini, inside still presents the furnishings chosen by Pope Clement IX.

Pistoia is a city rich in history and, visiting its places of worship, you can find out more about its development and the great personalities who have worked here.