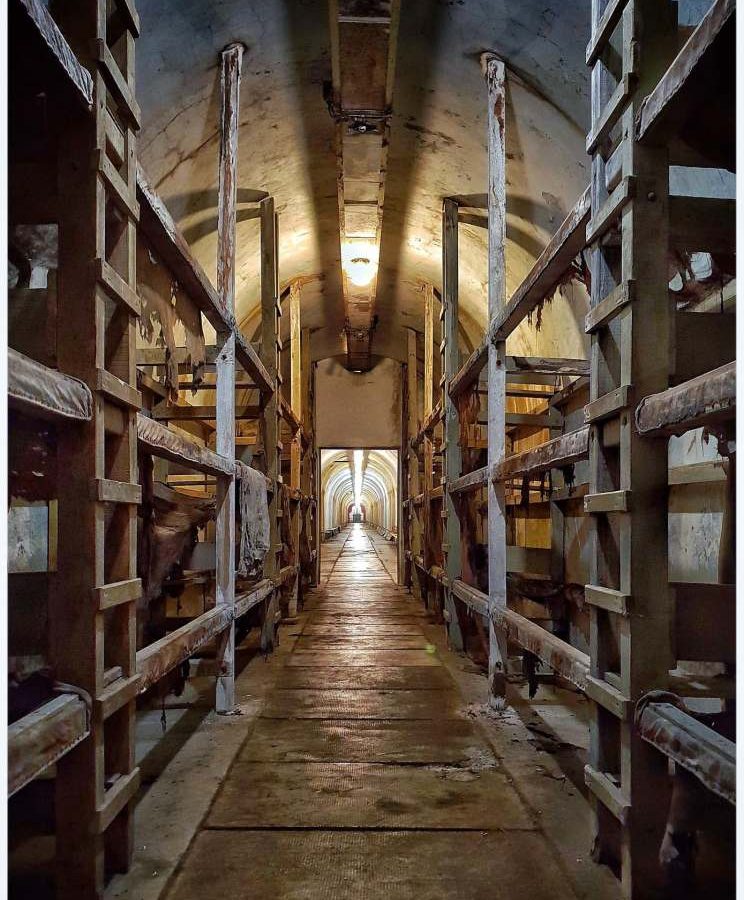 Museums and Refuges S.M.I. Campo Tizzoro is one of the most particular attractions in the province of Pistoia: it is an example of industrial archeology and in particular the shelters, which are air-attack-proof, represent the only example in Italy of an underground shelter built by a private individual for the collectivity.
The museum was founded in 2010 to document over 100 years of industrial production history mainly of the Campo Tizzoro Munizioni da Guerra plant, and of the other plants of the group such as: Livorno, Ferriere di Mammiano, Limestre, Florence, Fornaci di Barga. A museum that has the characteristic of having the only and largest anti-aircraft shelter in Europe that winds under the Campo Tizzoro area for over 2 km. These were dug into the rock between 15 and 30 meters deep under the work area of ​​the S.M.I. with the sole purpose of protecting the workforce that was considered the most valuable asset of the company. The route takes place through a guided tour of about 1 hour and a half and during the spring and summer months are combined with excursions to the anti-aircraft defensive lines of the factory and to the Orlando Village which takes its name from the family of entrepreneurs who led the company and who supported with the development of the Pistoia mountains was noteworthy.
Official website: https://www.irsapt.it/it/smi/