The Duomo Square in Pistoia

June 12, 2019
by webmaster@piramedia.it
in
Attractions 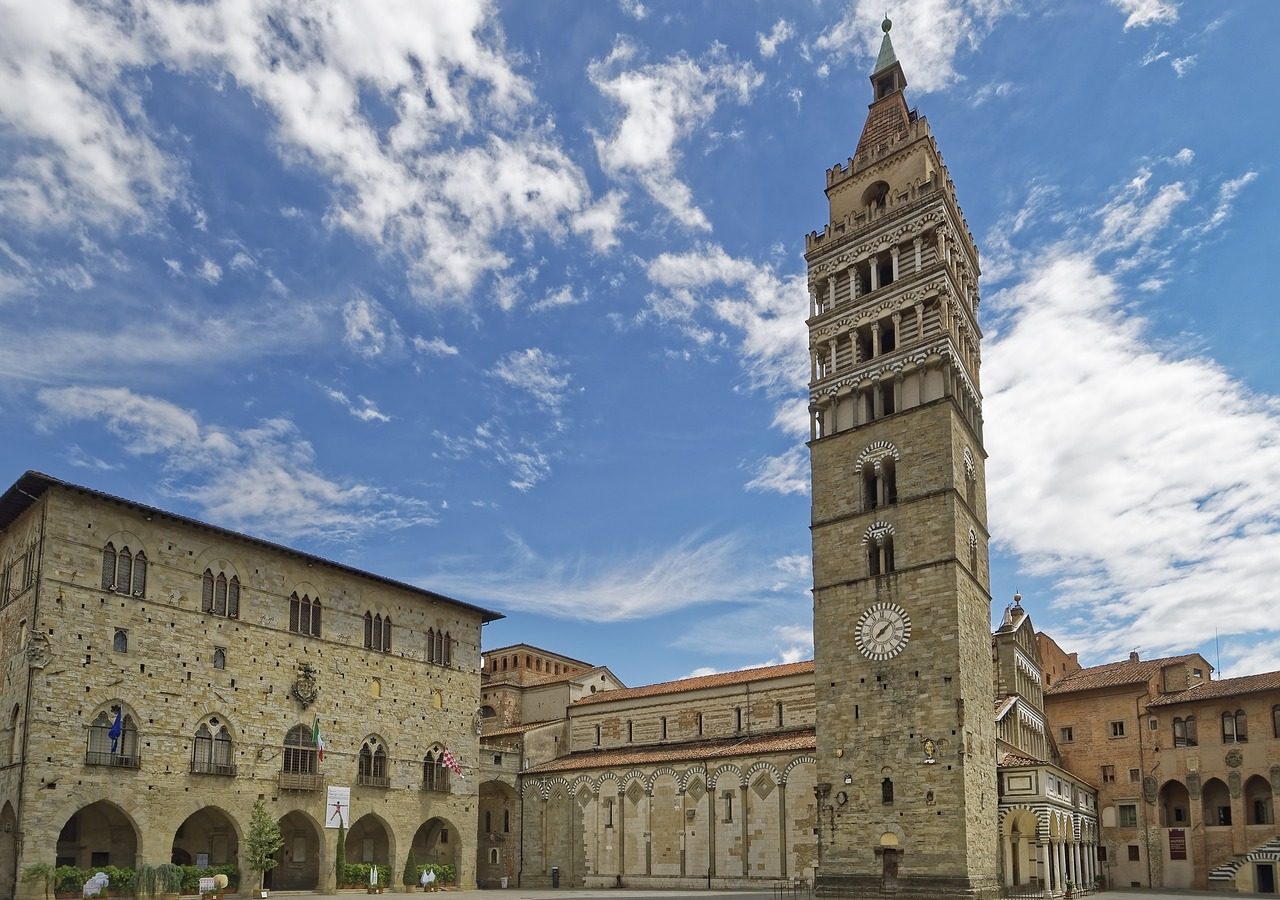 The Duomo Square in Pistoia

The Duomo Square in Pistoia was, and still is, the center of social, political and religious activities in the city, where the Pistoia people meet and where the most important events are held, as well as the weekly market. The architectures which are in this square gives it to this a majestic appearance. 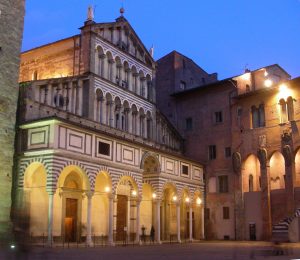 Here is the Cathedral, dating back to the year 1000. Its structure is Romanesque and was completely rebuilt in the early twelfth century and restoration work continued until the late 90s.

The façade has two-tone decorations and the main archivolt was created by Andrea Della Robbia. Inside there are three naves divided by columns, with raised presbyter, crypt and ceiling of the central nave in wood. 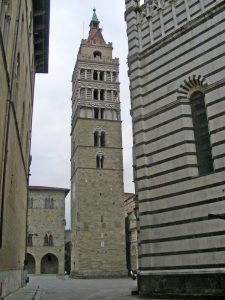 To the left of the Cathedral is the beautiful bell tower, built on the basis of a Lombard tower. It has three bands with three different styles; in the lower part, we find the Lombard, without decorations, here there is the clock, dating back to the mid-sixteenth century. The sixth, seventh and eighth floors have loggias decorated with two-colored marbles. 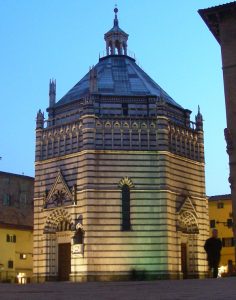 In front of the Cathedral and the bell tower stands the imposing Baptistery. Built in 1300, octagonal in shape, it is considered a beautiful example of “Italian Gothic”. 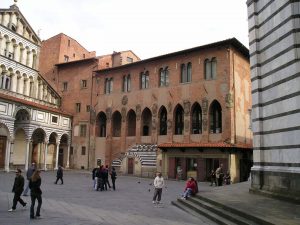 Between the Cathedral and the Baptistery, there is the Bishop’s Palace, built in 1000, with the centuries it was developed and has reached its current appearance.

Inside there are two museums, the Tactile Museum and the Cathedral Museum, and an Archaeological Route.

The first is a museum created and designed for the blind and collects tactile models that reproduce the main monuments of Pistoia. In the Cathedral Museum, there are cult objects dating back to different periods, medieval and Renaissance objects, but also modern works of art dedicated to the Cathedral and the frescoes of the ‘300 of the Chapel of St. Nicholas.

Finally, there is an archaeological route, built after the discovery of Etruscan structures during the restoration works; there are objects, vases and tools found in the remains of the Roman villa discovered under the palace. 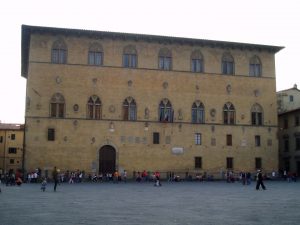 On the opposite side of the square is the Palazzo del Pretorio, where the processes took place and it was here that the magistrates of Pistoia worked. The palace dates back to the mid-1300s but was restored in the 1600s and later in 1840 to become as we see it today.

In the courtyard of the fifteenth century we still find the tribune where the judges sat.

Today it is home to exhibitions and events and in the large hall on the first floor are held the judicial hearings. 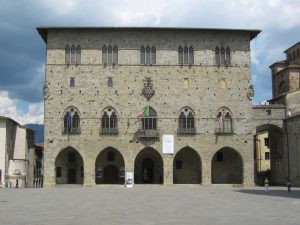 To complete the square, on the opposite side of the Cathedral, there is the Palazzo Comunale; even today it is the seat of the Municipality and has within it the Civic Museum.
It was the seat of the magistrature of the Elders, those who held the administrative power of the city.

The building, with a rectangular plan, develops on two floors, the façade has triple and mullioned windows and, on the ground floor, there are the five large arcades of the portico.

It reached this aspect in the fourteenth century, but only in mid-1600 was built the corridor that connects the building to the cathedral, in which the Magistrates passed to reach the choir of the Cathedral and attend religious services.

Piazza del Duomo is one of the most beautiful squares in Tuscany, which contains monuments full of history.